Spring is in the air!!

Or at least really really close.

It could snow tomorrow the way Illinois weather tends to operate. But I shall remain optimistic.

The piles of gray, asphalt riddled snow chunks are melting. Subzero wind chills have been absent. The sun sticks around in the sky longer, the birds are chirping, trees are budding, and with all this growth and newness there is also that feeling of L.O.V.E  LoOOOooooVe!

Is it the warmer temps? The anticipation of summer? The fact you can now actually tell the sex of people instead of identifying them as “the blob wearing the seven layers of clothes, the hat, gloves and boots”?

Twitterpated as the wise owl in Bambi describes it.

To really get you all in the mood, (and this is more of a sweet loving mood, not so much a BowChicaBOWBOW type of mood,) AND as wedding photography “season” is quickly approaching, I felt it appropriate that I share a romantic tale of two couples.  I shot their weddings last year.

*Cue romantic music* And read on…

Becky and Ken first set their peepers on each other in kindergarten at Landmark School in McHenry, IL. There was a short stint of dating their junior year of high school but soon after graduation Becky moved to Alabama while Ken remained in Illinois.

The fabulous friend finder Facebook exists. Becky is back in McHenry for a visit and does a little searcharoo on Ken. She finds him. He’s single. She’s single. Aha!

They meet up and things go well, so they meet-up again, this time for Fourth of July weekend in Nashville.

Two years pass and they maintain meet ups and visits, until it’s decided. Enough with this back and forth, living under one roof sounds appealing. Why waste time being apart when being together is going so swimmingly? And they tie the knot.

How fun to return to the scene of the crime, many many years later and have their wedding portraits shot at the very place they first saw each other, at Landmark School in McHenry.

And then there’s these two.

Despite attending separate high schools, Karen and Jim shared mutual friends and end up meeting at a party. It’s the 1985.  They date for three years through all the teen angst and social events; homecomings, church musicals, prom, breakups and makeups.

College happens. They remain in contact. Doing their own thing but keeping in touch, or as Karen puts it “we had our separate lives but had each other in our hearts.” (Cue *awwwwwww* sound effects.)

Flash very forward to 2010. Karen has moved away, has had a child, has now moved back to the Chicago. Jim has married, has had three children, and is now divorced and living in the suburbs.

A lot of time has passed. A lot of life events have occurred. But that doesn’t disrupt the chemistry between Karen and Jim. Timing is now their friend. They meet up again and “it was love at second sight.”

It appears “chemistry” won out in the end. 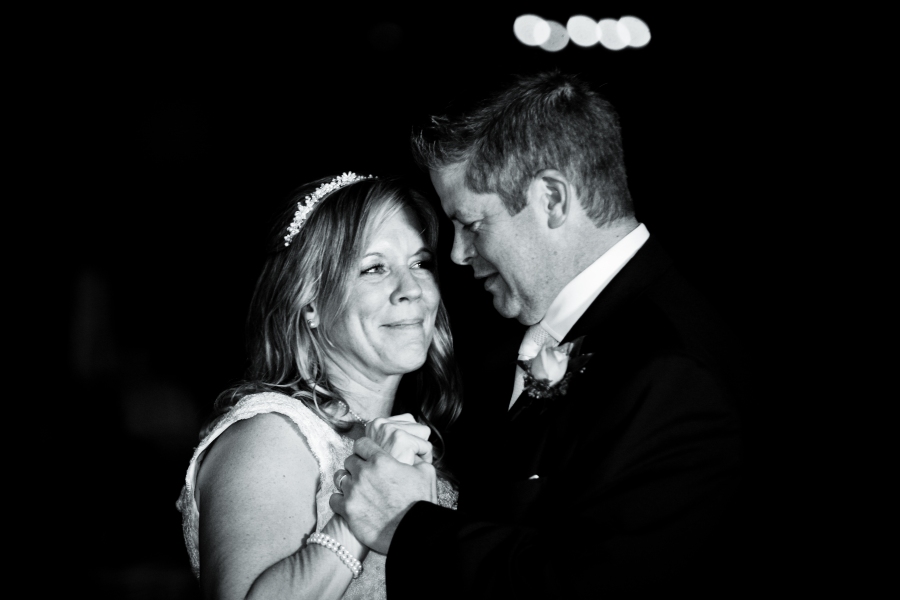 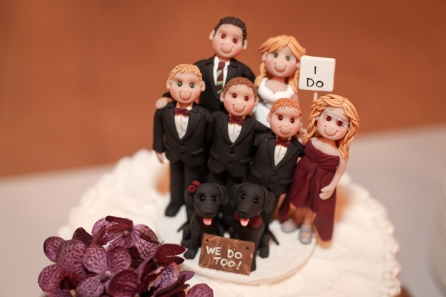 What, besides the beauty of a successful reunion do these two couples have in common?

When they told their story there was that incredulous, grateful, “I Found You Again!!” type of feeling coming out of them. That despite the time that passed, the situations that altered, and the paths that crossed in and out, something threw them together and brought them to the day I was able to share with them, their wedding day.

Photographing these weddings and knowing the backstory behind them gave me the opportunity to not only flex my wedding photographer muscles but my photojournalism muscles as well.

When a couple shares their story and how they “came to be,” it lends a hand in making some of the best photos. Because now I know a little more about personalities, the history, the actual love story behind the wedding.

And that my friends, is some good stuff.