I was recently given the honor and pleasure of being a surprise gift.

Besides my husband who certainly sees EVERY SINGLE SECOND of the DAY WITH ME as a gift (eh? eh honey?) it was my photography skills that were”given” to a couple on their wedding day.

How you ask? You’re on the edge of your seat right? Stay calm. The story unfolds…

When a couple is interested in booking me for their wedding, I meet with at least one of the soon-to-be-betrothed prior to hash out details. And to get to know each other.  And to have an excuse to get coffee. That’s such a lie. I don’t really need an excuse. Point being, I meet with them. One of them or both of them, it’s generally a meeting with the couple.

For the wedding of Nick and Jen, it was the parents of the groom who contacted me, stating they wanted to have me shoot their son’s wedding . It would be a surprise wedding gift.

Originally Nick had told his parents that he was fine with just having his father (Frank,) shoot the wedding. But Frank (who I later learned was quite found of pranks. He has fake vomit. Need I say more?) had other plans.

I’ll admit that at first, I was a little nervous about this idea. Picking a wedding photographer is a personal choice. There are a LOT of wedding photographers and we all have different creative styles. And personalities. That’s what the whole meeting-with-the-client thing is about. It’s important to be a match in both departments.

But when I met with Frank and wife Chris and we spent some time chatting, all the reservations I had were kaput. Bam. Outta there.

First off, they had done their photographer research. They had read through my website and blog. (they actually read it!! They read my bio! This makes me really really happy. Do you know how painful bio writing can be? so nice to know it’s not all for nothin’.) They were familiar with my style and with me.

Second, they really knew their son and future daughter-in-law.  During our meeting and chit chat they gave me great tidbits on how the couple met, their love of Disney, their relationships with family and friends, likes and dislikes. It was a testament to how much they loved and really knew the both of them.

Which made me all warm and fuzzy. And that’s nice.

Knowing all these details is what makes for good photos on wedding day in my book. So I left their house feeling really really excited.

Skip ahead to wedding day. Frank has continued his tale of being their photographer, even throwing in that he felt a little rusty with his camera equipment in hopes of making them nervous with their decision. He’s a sly one that Frank.

But then I arrived with a cape on, which has a HUGE blue and beige PHOTO MOXIE on the back and declare “FEAR NOT!!! I AM HERE TO SAVE THE PHOTOGRAPHY-DAY!!!!”

No. nononono. I didn’t do that. Disappointed? Really? You think that would have gone well?

I did however, show up with camera in hand, and was very well received. I love surprises!!!! And being the surprise? Even better. 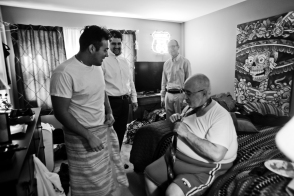 No surprises with the couple however. Frank and Chris really did a great job with filling me in. As a documentary-style photographer, I want to hear as much of the personal story as I can. I feel there are better photos being made then. I have the person, their personality, their story, in my head while I’m looking for moments. It’s a way of connecting my camera to the person I’m photographing.

It’s not just all lenses and gear and lights (and capes) my friends! It’s connections.

Congratulations to Jenn and Nick, who were oh-so-very much the wonderful couple Chris and Frank described them as. 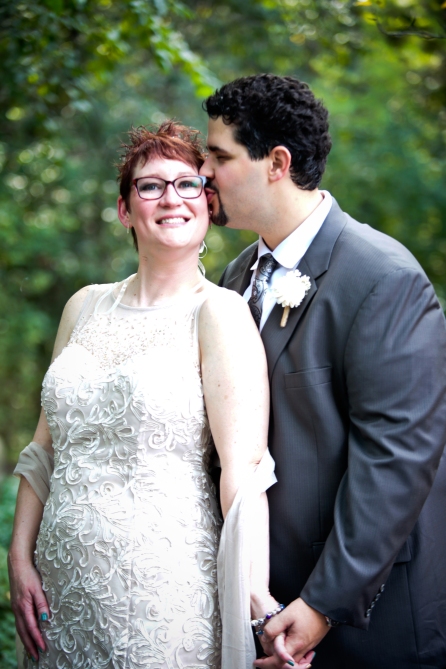 And a thank you and high five to Chris and Frank, whose surprise enabled me to photograph their wonderful friends and family. High five! You pulled off the surprise. You. Are. Rock stars.