I only have a few more days left in my travels on the Emerald Isles. But I thought it a good time to launch this *temporary* series titled: In Ireland They…..

It’s temporary because the series will last until I’m out of photos of travels in Ireland. So there is an end in sight. But don’t fret. We’ll have fun in the meantime, I promise. Stories will be shown. Photos will circulate. Aren’t you glad you stopped by?

…Sit in pubs being pensive. and happy.

In Ireland They… are amused, surprised and convinced you are crazy if you tell them you are walking a great distance through the country (more on that in a later post.)

In Ireland They…Are very excited when their team wins in a local hurling match. 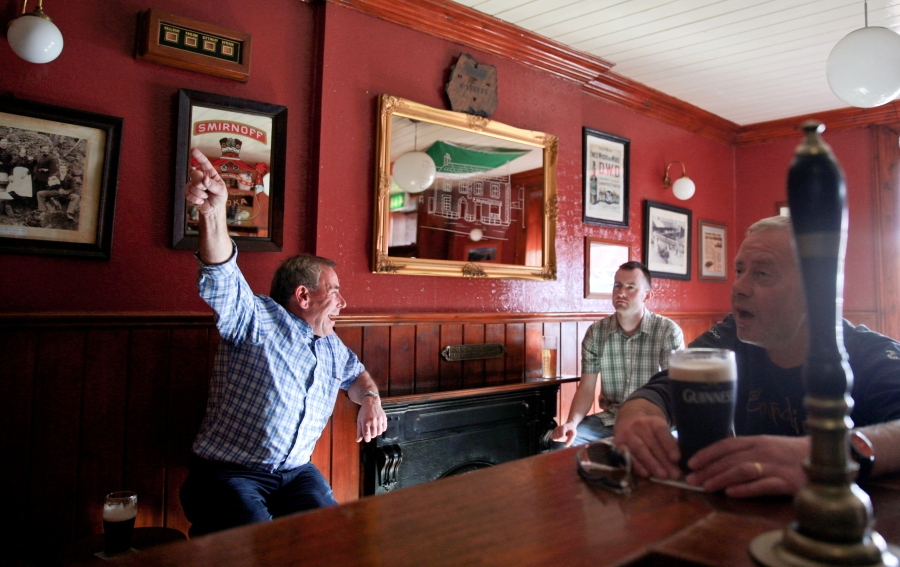 Excited enough to leave their barstool. 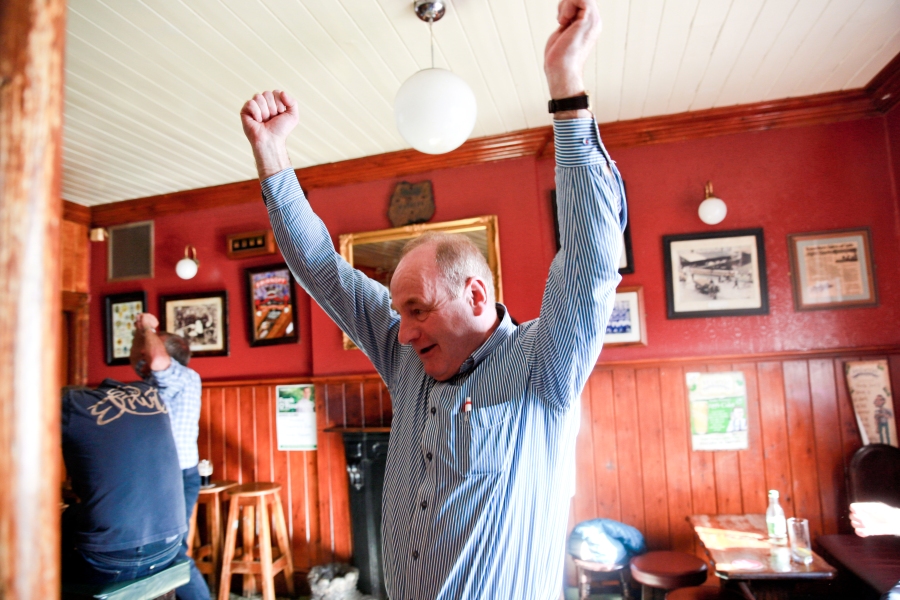 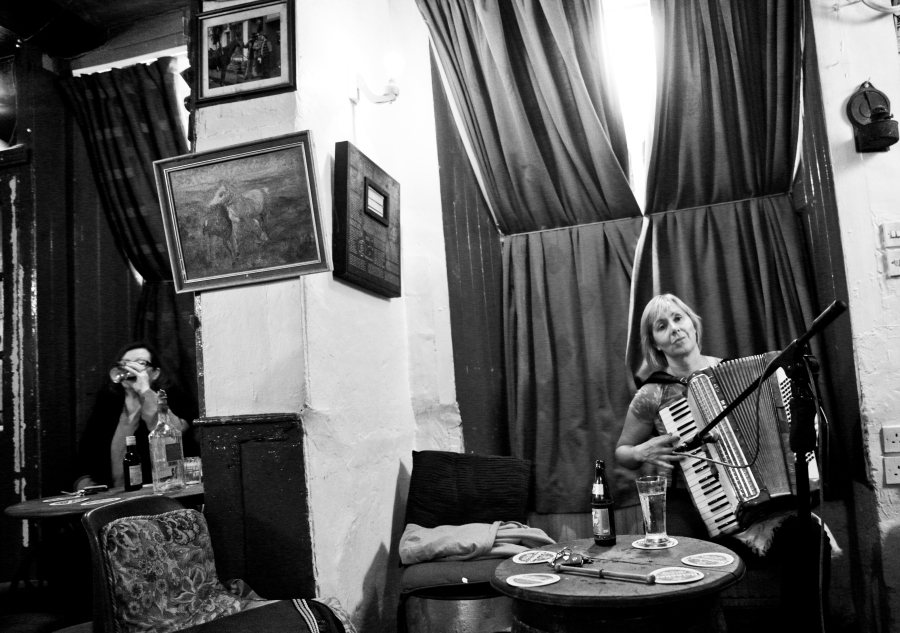 And drumming. And singing.  And piano playing.

And when the bar owner is married to a painter, he has a portrait made. Along with the piano player. And cats have portraits too.